CXI is here to service your foreign currency exchange needs quickly, easily, and most of all, at a great rate. 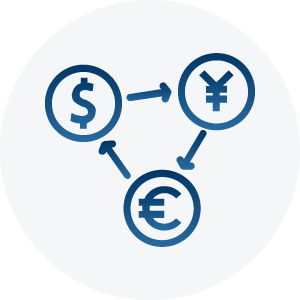 Choose from more than 90 foreign currencies available for exchange, access to select foreign coins (CAD, EUR, GBP, and MXN), and immediate availability for our most popular currencies.

We aim to provide you with the best currency exchange experience possible, so you can enjoy your international travels.

Why is CXI the best place to exchange foreign currency?

The exchange of foreign currency is a staple of international travel, yet it is more than likely one of the last items checked off the to-do lists. We want you to celebrate more and worry less by arriving with the currency of your destination in hand.

We offer a Best Rate Guarantee, meaning a CXI City Center (company-owned) branch will match or beat the exchange rate given by a local bank or airport for the same foreign currency (cash) and service on the same day.

We offer Currency Price Protection for you to save more. This means you can secure the ultimate buy-back rate, better than the rest.

We carry the most popular foreign currencies daily for our customers' convenience. Great for last minute pick-ups!

We ensure purchasing foreign currency is easy by accepting reservations online or over the phone for pickup at one of our 30+ branches near you.

We deliver currency directly to your home as soon as the next business day in many states through our OnlineFX Home Delivery. 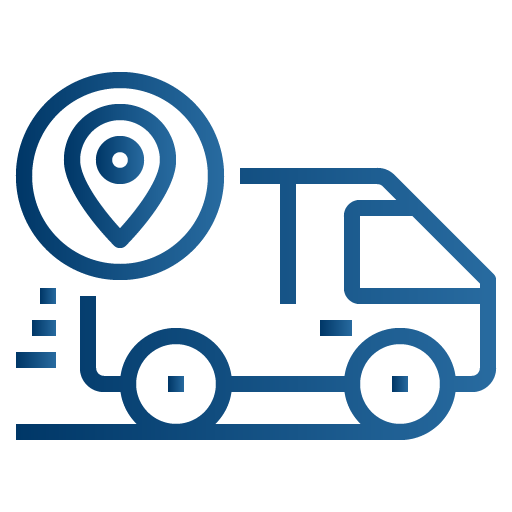 We are conveniently located in city centers and at a growing number of airports.

We are unique as one of the largest foreign currency wholesalers, which allows us to offer you extremely competitive rates. 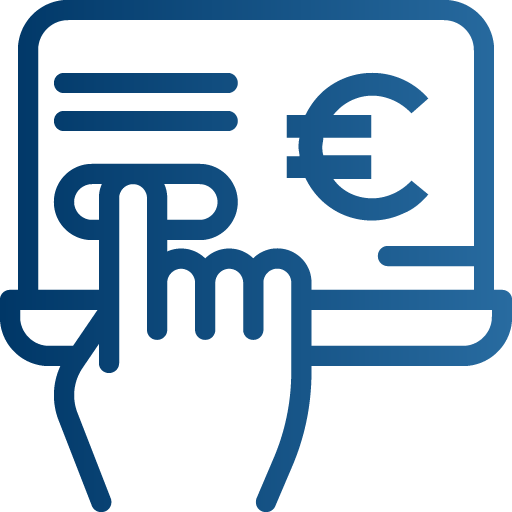 Order currency at a time that suits you, with our 24/7 online reservation service, and pay when you pick up the currency at a CXI branch. 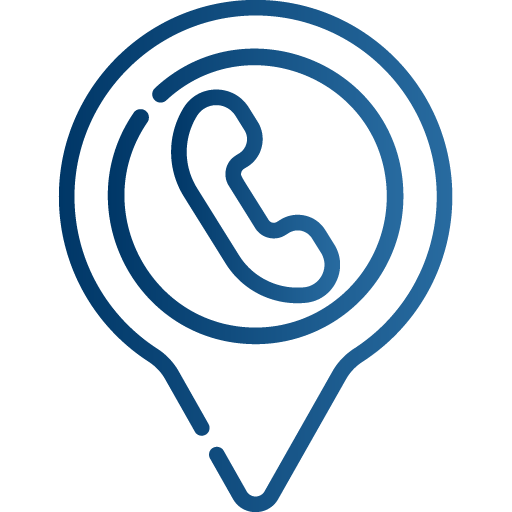 Call or Visit a Branch Location

CXI branches offer most major currencies available immediately for purchase or the option to exchange foreign currency for U.S. dollars on the spot.

I travel all over the world and sometimes the currency I need is not easy to find. Just call, order, next day pick up. It's that easy.

It was sooo stress free with this currency exchange!!! Their fee exchanged rate was the BEST I have seen yet!!! Whenever I'm traveling to Mexico I will take the drive to stop by there for sure!!!

Definitely check in to Yelp to get your 10% off! I was stressing about how to obtain Brazilian real on short notice. However, I walked into Currency Exchange International and my worries subsided.

What are the benefits of taking foreign currency abroad?

ATMs provide a good backup when traveling in other countries, but are not necessarily the best choice when it comes to obtaining foreign cash. CXI recommends taking cash with you to:

Avoid transaction limits and fees associated with using ATMs and debit cards. Once you have completed multiple transactions through the ATM, the fees and rate used can easily rack up to be much more costly than doing one exchange transaction with CXI.

Ensure you always have the ability to pay for items when you need to without worrying where the nearest ATM is.

Protect against card skimming at ATMs. In some countries, ATMs are one of the most prevalent places for card skimming to occur, making available your bank account information to those looking to commit fraud.

Protect yourself from only having your credit card or debit card. A credit card may be the right choice for large purchases, but fraud can quickly put a damper on your travel fun.

Having cash for small transactions, the top payment choice by consumers as it is, makes sure you're not continuously exposing cards.

Cash is preferred in many markets and shopping areas, which makes getting a deal easier.

Paying for tips and splitting bills is easy with cash.

Credit card machines can still be unreliable in many areas.

Provide yourself security if you have fraud such as skimming or your credit card is otherwise frozen.

Wondering how much currency to take when traveling abroad?
We’ve put together some helpful resources.

Currency Exchange International, Corp carries most major currencies daily for our customers' convenience. With that in mind, it is encouraged for customers to call ahead to place an order. This will allow our branch to make sure we have enough currency in stock for you and the next customer that may want the same currency. If it is not in stock, we will take your information and call you as soon as it comes into the branch. No down payment or deposit is required unless you are ordering a large amount of a minor currency, in which case a deposit may be required to hold the currency. The currencies listed below are subject to change without notice.

Yes, CXI makes sure purchasing foreign currency is convenient by accepting online currency reservations as well as over-the-phone reservations. No prepayment is needed for most foreign currency orders. This beats the old way of always having to run around trying to make sure you have the foreign currency you need before that next international trip or feeling empty-handed when you had to get it exchanged last minute abroad.

Take control of how much you spend by saying yes to reserving your currency online. With this step-by-step guide you’ll be stress-free and confident you’re getting the best exchange rate.

Step 1:
Go to our branch locations page at www.ceifx.com/locations or simply visit https://order.ceifx.com.

Step 2:
Once you find the CXI-owned branch location closest to you (not affiliate companies), click on reserve currency online.

Step 3:
Enter your country of destination or currency name you need to reserve. You can also select one of the most exchanged major currencies listed under the selection box.

Step 4:
Enter how much currency you want to reserve and submit with your contact information. An indication rate will be used for your reference.
After you've submitted your order:

That’s it! No more going back and forth to your bank branch or working within banking hours. Stop in one time and you’re ready for your trip. Try online currency reservation now.

Airports are usually one of the more costly places to exchange foreign currency. At an airport you trade the convenience of being the last place you can exchange before getting to your destination for price; therefore, you'll typically find higher rates or fees. As for banks, CXI has a Best Rate Guarantee that its CXI City Center (company-owned) branches will match or beat the exchange rate given by a local bank for the same foreign currency (cash) and service on the same day. Not only do we guarantee this, but we also keep most major currencies in stock daily and allow you to place orders over the phone, where most bank branches will require you to be an account holder, come into their branch (during banking hours) to request currency, and then return another day to pick up the currency. Most of CXI's locations are open seven days a week and have much longer business hours to help you on your schedule.

All CXI branches are safely and conveniently located in major areas, many in shopping centers or malls offering extended operating and holiday hours.

This guarantee means CXI City Center (company-owned) locations will match or beat the exchange rate given by any local bank or airport for the same foreign currency (cash) and service on the same day and time of the exchange. If you find a better rate within the same city and on the same day as the CXI branch you plan to exchange with, notify the CXI branch. Our branch will confirm that the rate you present is for the same amount and currency as you plan to exchange with CXI. Once confirmed with the bank or airport, CXI will match or beat the given rate. This is only valid prior to an exchange and is not valid after an exchange has already been completed.

Please note that the policies of agent locations including CXI Airports and affiliate-owned locations listed on our website may vary. The Best Rate Guarantee is only available at CXI City Center (company-owned) locations.

Yes, you may purchase foreign currency at our branches with all major credit cards. For rates, limitations, and fees, please contact the closest CXI branch to you. 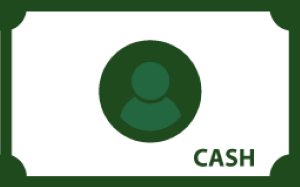 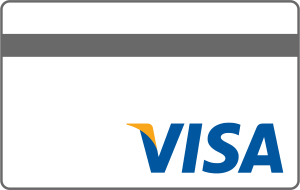 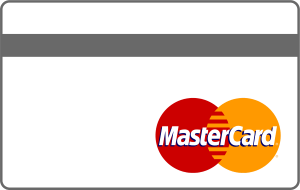 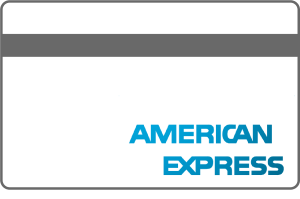 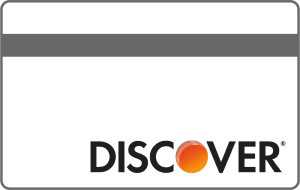 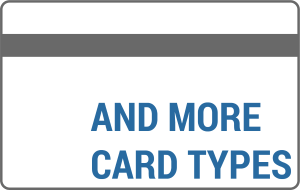 CXI can buy and sell select foreign coins at any of its owned locations. We currently exchange the most popular foreign coin denominations: £1 British pound, £2 British pounds, $1 Canadian loonie, $2 Canadian toonie, €1 European euro, €2 European euros, $10 Mexican pesos, and $20 Mexican pesos. To help reduce lines and wait times for all customers, all foreign coins must be sorted prior to coming to the branch to exchange them.

For all other foreign coins, you can donate them to the UNICEF Change For Good program. It's also a good idea to use foreign coins to pay for any of your last meals or snacks because it will be extremely difficult to get rid of the coins at a good value otherwise.

Visit our news page for more information on how to exchange select foreign coins.

An exchange rate between two currencies is the price of a country's currency in relation to another currency (called a currency pair). An exchange rate thus has two components: the domestic currency and a foreign currency.

This is one of the most common foreign currency exchange questions out there and it is easy to understand why. The rates posted online and in newspapers is what is called the interbank rate.

The currency market is a decentralized market where there isn't one exchange where every foreign currency exchange trade is recorded. Instead, each market maker records its own transactions and keeps it as proprietary information. The primary market makers who make bid-and-ask spreads in the currency market are the largest banks in the world. They deal with each other constantly, which is why the market on which banks conduct transactions is called the interbank market. This market contains deals done in the millions and billions of dollars and is not done in a public forum for others to participate in.

This means there is no central entity that governs currency exchange rates. The interbank market is a credit-approved system where banks trade based on the credit relationship they share with each other. The larger the forex retail, the more favorable pricing it can get from the interbank market.

CXI is unique in that it is a net buyer of foreign currency. The company-owned branches provide an influx of foreign currency that it can, in turn, make available for sale through its wholesale network relationships. This synergy effectively allows CXI to minimize the currency costs of buying and selling on the interbank market, affording CXI the ability to offer its customers and clients extremely competitive rates while providing its Best Rate Guarantee*.