An Inside Look at the Australian Dollar 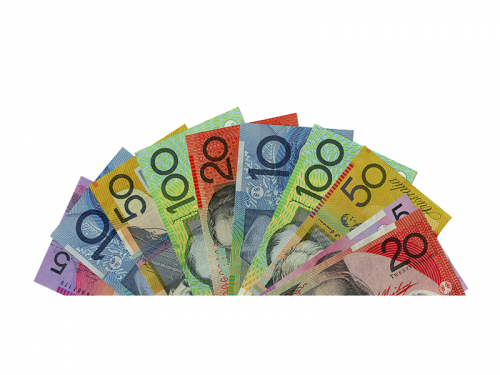 Australia has been at the forefront of banknote technology since they introduced the first banknote in the world to be printed on a non-fibrous polymer substrate.

However, their efforts to perfect banknote security is always evolving. “Since 1913 when the first Australian banknotes were printed, there have been seven complete series issued.”

After a major counterfeiting threat in 1966, The Reserve Bank began searching for a way to enhance the security of banknotes. After working with CSIRO to come up with a new technology, they developed the polymer note with a hologram-like security feature.

The new polymer series was issued between 1992 and 1996. These colorful banknotes started a new era of banknote technology as now countries all over the world are producing polymer notes. Now, Australia’s banknotes are being upgraded once again to incorporate even more advanced security features and designs.

The Reserve Bank of Australia began releasing this new series in September of 2016, with the $5 banknote. Since then, they released the $10 in 2017 and the $50 doesn’t remain far behind. Each banknote in the series features a different species of native Australia wattle and bird.

Every note in the eighth series has a clear top to bottom window containing multiple security features such as fluorescent ink and images that change when you tilt the bill. Each banknote in this series also includes excerpts microprinted in the colored background. Also, to aid vision-impaired users, the series features a tactile feature to differentiate the notes.

2018 is the year for the release of the new $50 banknote. The note is set to become legal tender in October of this year. It features David Unaipon, an inventor and Australia’s first published Aboriginal author, and Edith Cowan, the first female member of an Australian parliament. Many of the design elements on the banknote incorporate symbols representing their work.

Below you can see an image of the $50 note that has been released. On the left side you can see the clear window that contains a holographic image at the top with a swan underneath only visible under a UV light. You can also see the tactile feature in the top left hand corner of the front of the bill.

While the emergence of this new series is exciting for Australia, keep in mind that the seventh series notes are also still currently in circulation. Both series of the bills will continue to circulate until the Reserve Bank of Australia says otherwise. Once the eighth series is completed, it will however, become less common to find notes from the seventh series.


Disclaimer: All product names, logos, and brands are property of their respective owners. All company, product and service names used in this website are for identification purposes only. Use of these names, logos, and brands does not imply endorsement.
Tags: Currency, Australia, Reserve bank of australia, Australia dollar, Polymer banknote, Banknote security
chevron_left Previous Post


Why Now is the Time to Book Your Summer Flights


The Norway “All You Can Fly” Pass Returns