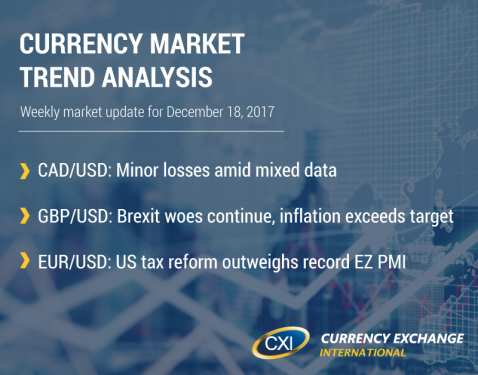 Crude fell and recovered several times this past week, lending volatility but not support to the commodity-sensitive CAD. Data was mixed – with the Unemployment rate hitting a nine-year low of 5.9%, but the NHPI and manufacturing sales missing the mark. BoC Governor Poloz stated that the Canadian economy is nearing its full potential, and that less monetary stimulus will be needed over time. Markets interpreted these comments as hawkish, and the CAD retraced much of its losses.

Canadian household debt is still elevated, limiting the BoC’s ability to raise interest rates – at the risk of exacerbating debt and stifling consumption growth. With NAFTA negotiations looming and the full effects of Trudeau’s stimulus unknown, a rate hike before March is unlikely. In the mean-time markets will look to inflation, household debt, and consumer demand for impetus.

GBP/USD opened last week at 1.3386 and closed at 1.3321 – depreciating by 0.49% as Brexit woes continue, despite indications that negotiations will progress to stage two.

Brexit Minister Davis made waves this week, suggesting that the agreements reached with EU negotiators represent a “statement of intent” rather than a legally enforceable deal. Chief EU Brexit negotiator Michel Barnier stated that there is “no way” that the UK will receive special treatment in regards to trade post-Brexit; he went on to say that Britain must “face the consequences” of their decision. The Brexit outlook darkened further, with Parliament voting 309 to 305 in favor of expanding UK lawmakers’ say on the final Brexit deal. After news reports to the contrary, PM May stated that she will not back down on the inclusion of a Brexit date in the plan.

The UK data came in mixed this past week. The CPI hit 3.1%, exceeding the BoE’s 1% tolerance band around their 2.0% target – this comes at a time when real wage growth in the UK has already gone negative. These data were softened by manufacturing growth, which hit its highest level in three decades, and retail volumes, which came in at 1.1% MoM against an expectation of 0.4%.

Markets will be focused on further Brexit developments as we ramp up to stage two. Significant progress has been made, but as European Commission President Juncker has pointed out, the second round of talks may be even more contentious as the first. Data-wise, the US and UK GDP will be in-focus this week. Uncertainty regarding the potential US government shutdown may lend support to the pound as we approach weeks’ end.

Eurozone (EZ) data was mixed, but tilted to the up-side. Preliminary inflation came in at 1.5% against a target of 2%, but was balanced by stellar manufacturing PMI’s – the French manufacturing PMI rose to a 207-month high, while the German and EZ manufacturing PMI’s rose to record levels. The EZ PMI is signaling a healthy growth of 0.8% QoQ for Q4. With data continuing to come in strong, it is no surprise that the EUR has been the highest performing of the G10 currencies this year.

Now that the ECB has given forward guidance on QE, many analysts doubt that we will see any further policy details in the near-future. This leaves data and politics as the core drivers. EZ political risk has increased in recent months due to the Catalan independence movement and German election results, but these issues have been isolated to their respective countries and have caused relatively little devaluation in the common currency. The Italian election in March brings the risk of a hung parliament, and may heighten political risk. Despite this, the outlook is bright for the EUR. If the labor market continues to tighten, and demand increases, inflationary pressures will soon follow. This will put the ECB in a stronger position to further taper their QE program and move towards the next rate hike. 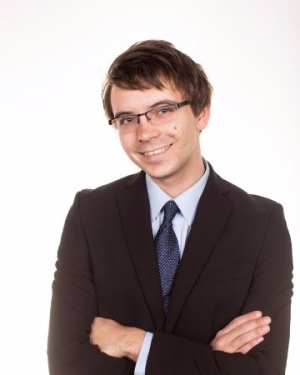 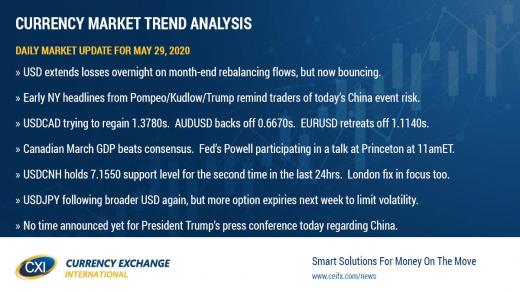 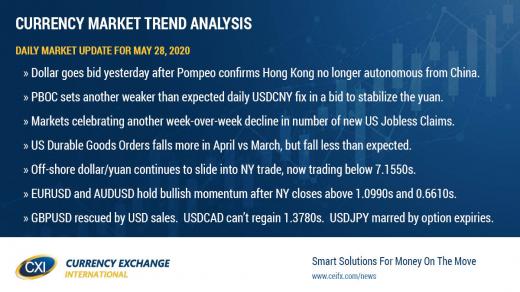