What happened to the Harriet Tubman 20 dollar bill?

Who is Harriet Tubman?

In case you didn't know, Harriet Tubman is a historic figure and hero who is best known for her bravery and dedication to the abolitionist movement in the 19th century.

Tubman, along with several other noteworthy activists, helped over 700 slaves escape the tyranny and brutality of Southern slave ownership.

Also notable: during the American Civil War, Tubman served as an armed scout and spy for the Union army. She was also a figurehead for the women’s suffrage movement until her death in 1913. Check out the history of women on money.

Why the Harriet Tubman 20 Dollar Bill was Delayed

According to The New York Times, White House Treasury Secretary, Steven Mnuchin has put the new $20 dollar bill on the backburner in order to focus “on enhancing the anti-counterfeiting security features of the currency, focusing first on the $10 and $50 bills.”

The Treasury Department’s internal watchdog has agreed to look into why designs of a new $20 bill featuring Harriet Tubman will not be unveiled next year https://t.co/cQbSNH5JVu

When Will Harriet Tubman be on the 20 Dollar Bill?

After being pressed further about the bill redesign, Mnuchin added that the final design decision will most likely fall to the next President’s treasurer.

In this, we may not see the distribution of the historical figure’s 20 dollar bill until sometime after President Trump leaves office, as the redesign takes a significantly lower position on the administration’s list of priorities.

For more currency news and knowledge, be sure to check out CXI news.


Disclaimer: All product names, logos, and brands are property of their respective owners. All company, product and service names used in this website are for identification purposes only. Use of these names, logos, and brands does not imply endorsement.
Tags: Currency, Money, Currency exchange international, Dollar, Cxi, Banknotes, Usd, Forex, Fx, HARRIET TUBMAN, DOLLAR BILL
chevron_left Previous Post


CXI Certified: Top 5 Things to do in Hanover, Maryland


CXI Certified: Top 5 Things to do in Sunrise, Florida 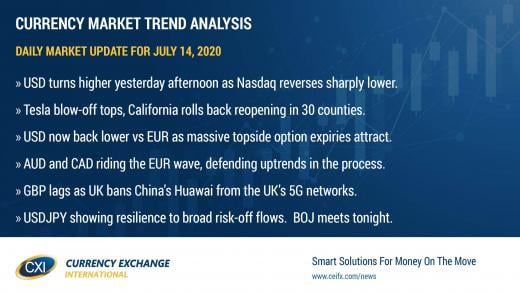